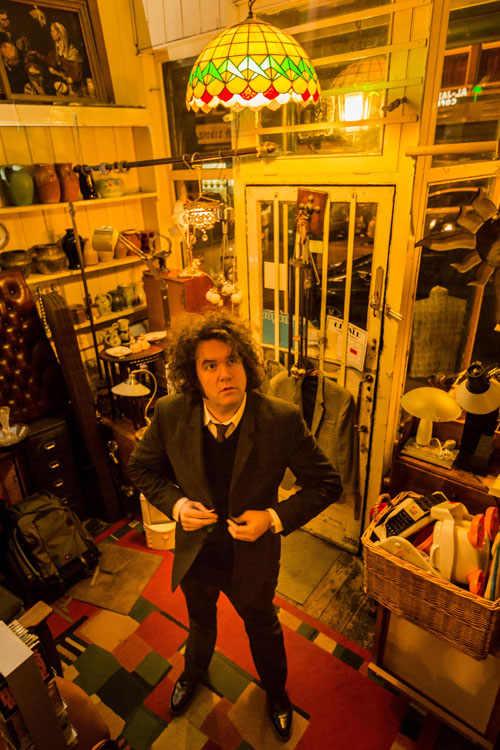 Stephen EvEns has been making music with a host of our favourite bands since the early days of Joyzine and in 2017 released his debut solo album, Bonjour Poulet, a marvellous LP which maintained a dark, biting sense of humour just beneath its curious psych-pop surface.  Its follow-up, Employee of The Month is due for release through Onomatopoeia Records on 28th August and we’re delighted to bring you the premiere of its first single, ‘Dustbin Man’ on Joyzine today.

Riding on a delightfully squelchy riff, the song pays timely tribute to the titular dustbin man along with workers in the social services and NHS while taking a swipe at the cuts that have ravaged these vital services over the past decade of austerity.  It’s a perfect appetiser for the full length album to come.

‘Dustbin Man’ is released through Onomatopoeia Records on 8th May.