…and when she emerges onto the stage, with the stage-lights illuminating her blue dress, the crowd goes silent, barely breathing in anticipation. Just one figure, alone, her voice her weapon, and what a voice it is that Lisa O’Neill has and so blessed are we to hear it pure and loud, sung solo into the cavernous ceiling of the Union Chapel. It’s a voice that bounces in all directions, filling the church with stories of lovers and birds, death, grief and heartache, across the hour or so that she holds the stage. When the solo voice concludes, the room erupts and O’Neill thanks the crowd, remarking how nice it is to sing without a microphone, into a room that was designed to be sung in. No need for electricity really, save for perhaps the lights, and even they could be replaced with candles. That’s the feeling Lisa O’Neill ignites in her live shows; one of intimacy and togetherness. In the tradition of the Irish Folk Singer she is as much a distant family member as she is an entertainer.

Lisa O’Neill is here to promote her recent EP The Wren, The Wren, which has been my first exposure to her special back catalogue. The recommendation came from a friend who joins me here tonight; a Waterford boy, drawn to her tales of life growing up and then departing Cavan, an Irish town near the border with the North. O’Neill manages to capture the innocence of youth and the way it grows tainted by experience in her masterful songs. She weaves the stories for her audience, who are entirely fixated upon her every move. This is of course a night of much emotion, as is befitting of the genre. But it it also a humorous night. O’Neill takes the time to introduce her tales in the folk tradition; a stand out story preceding ‘No Train to Cavan on Today’ about a man smuggling a wheelbarrow across the border followed a short anecdote about O’Neill’s own experience of travelling north to take advantage of the cheaper petrol in the UK. The attention given to the armed guards had particular resonance in this increasingly fractured times, particularly with the spectre of a border looming.

The centrepiece of the evening came in the form of ‘John Joe Reilly’, the opening song from the recent EP. It’s a beautifully brutal look at a past, and the way in which we give ourselves in love in our entirety, even if it comes back to haunt us. It’s a leap of faith, and while we’ve all taken one it seems O’Neill has managed to capture that feeling of helplessness, as well as hope, in just a few short minutes. The church-setting, that the Union Chapel provides, always adds an extra resonance to these confessional songs. It is almost as though she is giving these memories over to the spirit to be judged, a blind act of faith that surely cannot be baulked at.

As a lifelong Manchester City fan, I couldn’t help but throw out a smile at the her closing rendition of ‘Blue Moon’, a song sung by tens of thousands every couple weeks up at the Etihad. Always a song of togetherness and community, here it seems almost frighteningly fragile. She croons the words, giving a striking resonance to ‘alone’, though he we all are, together as one, basking in that voice.

I left and went straight on my phone to see when she would next be in town. A sad face came over me when I realised it clashed with an upcoming trip. So instead, I implore you to see her at the Barbican on February 21st as part of the Imagining Ireland festival. This is one artist you have to welcome into your heart so that you aren’t left ‘standing alone’. 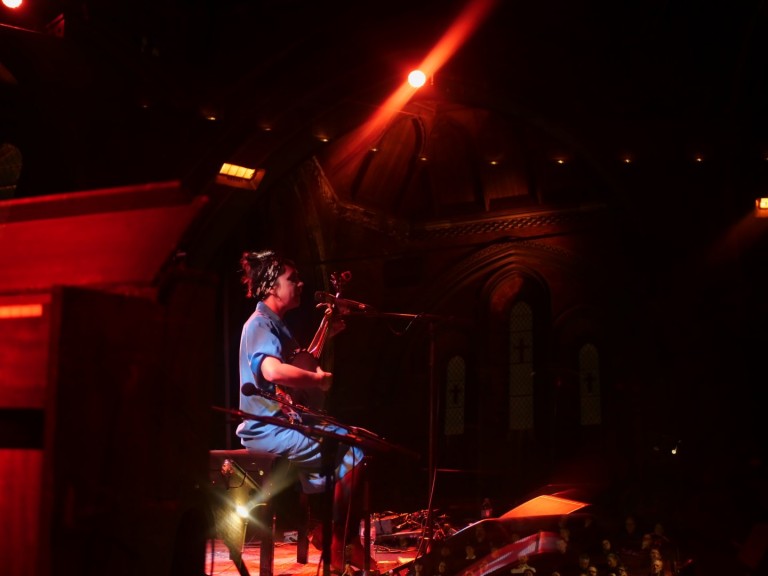