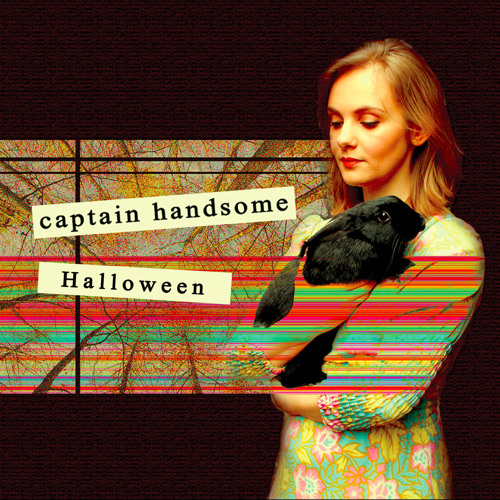 Captain Handsome is the solo project of Fightmilk singer Lily Rae and following the release of debut single ‘I Wish I Had a Dog’ in 2019, we’re delighted to bring you a first listen of new track ‘Halloween’, which is due for release through Reckless Yes on 10th January.

Musically more sparse, low-key and lo-fi than her band, Lily’s songs with Captain Handsome juxtapose delicate vocals, gentle guitars and light touch drumming with cringe-inducing tales of social awkwardness and screeching violin.  In Lily’s own words “‘Halloween’ is part ode to Goth Christmas (the best day of the year) and part hardcore whinge about parties going wrong. If you’ve ever ended up as somebody else’s funny story, I hope you manage to exorcise it and move on rather than putting horror strings into a three minute lo-fi mope.”

‘Halloween’ is released through Reckless Yes on 10th January and will be followed by an EP I Am Not An Animal on 31st January.  A new Fightmilk album, also on Reckless Yes, is also due later in the year.

See Captain Handsome live at the following dates:
13 January – PinUps, London (supporting The Understudies)
14 February – The Finsbury, London (for Get In Her Ears supporting Piney Gir and Grawl!x)