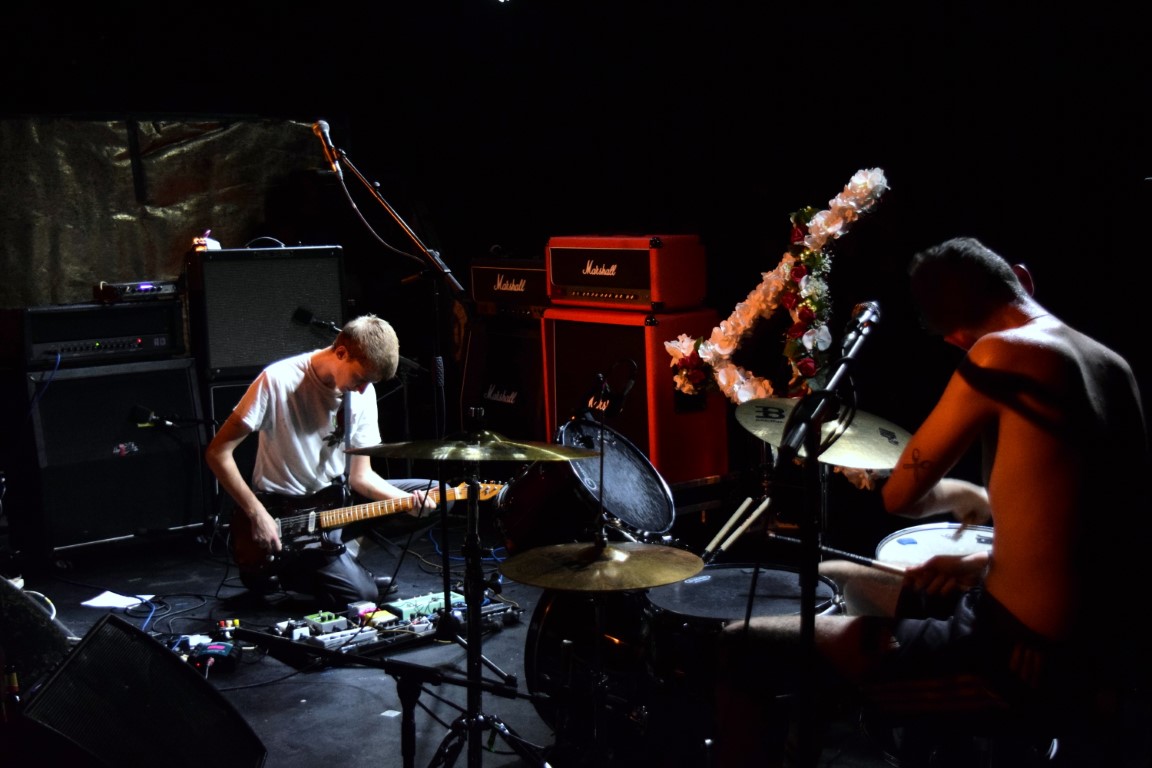 Another weekday evening, another storming line-up at The Lexington; the North London venue that, if it keeps up its current form, could well start to endanger my job security with all of the excellent ‘don’t you have work in the morning’ shows that it’s been putting on of late.

Endangering both my hearing and the well-being of frontman Damien Sayall’s larynx are the first half of tonight’s double-header, The St. Pierre Snake Invasion.  TSPSI, as hopefully nobody is calling them, are one of those bands that a seemingly unending queue of trusted musical friends have been raving about to me for quite a while now, but I must admit that before tonight I’d failed to see what it was that separated them from the hordes of loud, shouty bands that flood the Joyzine inbox on a daily basis.  Tonight however it all finally falls into place, the guitars flick from crisp and choppy to ferocious and growling, the drumming tight but with enough room at the edges to stop them sounding mechanical, and Sayall, with whom we last crossed paths moonlighting as the bassist in Mclusky, roaring through a heavy cold powered seemingly by whisky and rage.

It’s a set that haphazardly crosses the borderline of my heaviness tolerance, rarely sticking to one side of the fence for too long, and there are generous helpings of both mock-arrogance and self-depricating humour to help us along the way.  “Start a moshpit!” calls one particulalry enthusiastic fan.  “I’m 35 years old.  I’m a sales manager.  I have a dog which my partner insists we refer to as our baby.  I am the last person who should be starting a mosh pit,” comes Sayall’s retort as they launch into another track that sets hair flailing once more in the front rows. 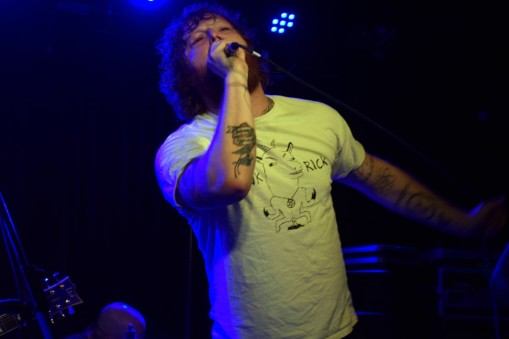 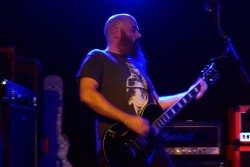 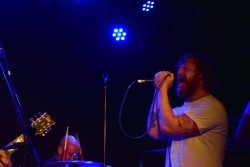 Their co-headliners on this week-long UK tour Cassels recently released their second LP A Perfect Ending, a record that bristles both with politcal ire and an abundance of musical twists and turns.  Taking to the stage in matching t-shirts to the backdrop of a funeral wreath-style interpretation of the band’s logo, they launch into a set that takes the intensity and tension of the record and ramps it up yet another notch.  It’s the kind of sound that it’s hard to know how to react to, with the crowd split down the middle between those staring in intense concentration, attempting to take it all in and those nodding and swaying in time (and often being caught out as the band screech to a halt and veer off in another direction entirely, leaving us flailing like an over-enthusiastic full back having been left on their backside by a tricky winger).

For their part Jim & Loz maintain eye contact pretty much throughout, the tiniest nods and gestures prompting shifts in tone and tempo.  Functioning somewhat like a faulty sat-nav, Cassels start out on a deceptively circuitous route, intricate lines of spidery guitar in unorthdox tunings matched by beats that wander around Loz’s kit, before Jim hits one of the myraid of pedals at his feet and they launch like a juggernaut on a direct path that ploughs them against the traffic on a one-way road.

It would be easy for such songs with their unconventional tempos and high-minded lyrical themes to flood the brain without touching the heart, leaving us to cold chin-stroking appreciation, but there’s something in the intensity of their concentration, the conviction of their playing and the connection between the two players that lifts Cassels beyond the intellectual plane to become something truly affecting. 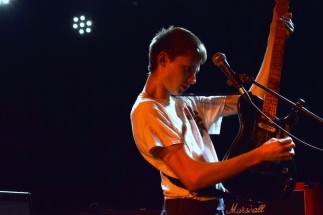 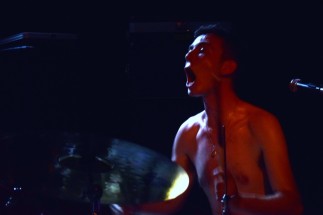 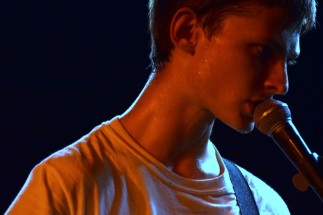 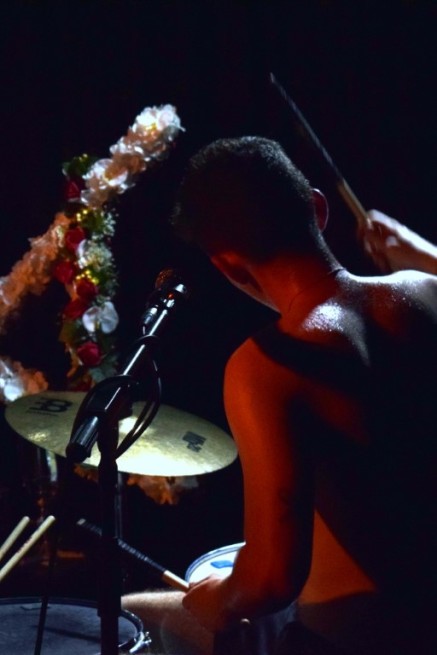 Review and Photography by Paul Maps