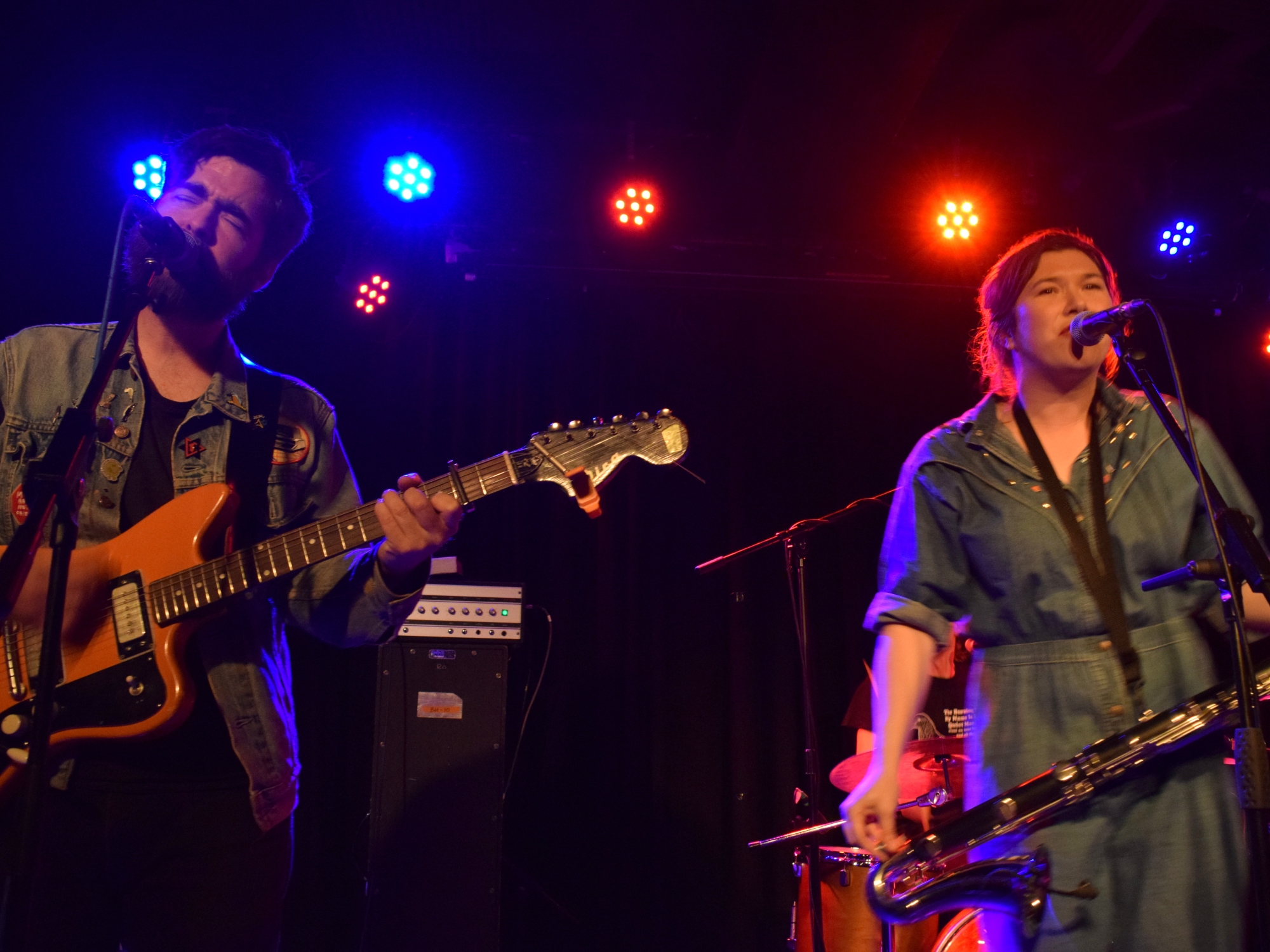 Back in London for the first time in 2019, Canadian indie favourites The Burning Hell have a new EP of wry guitar pop gems, Birdwatching on Garbage Island, to promote and they’ve brought a couple of friends with them to The Lexington.

The frontmen of Welsh pair Quiet Marauder and My Name Is Ian have left their respective bands back in Cardiff and joined forces to create an anti-folk supergroup (can it still be called that if there are only two of them?) for the dates of this tour taking place outside of their homeland.

The duo walk the precarious tightrope of the comedy indie set but despite the occasional wobble keep themselves from plunging into the novelty pop abyss that gapes beneath their feet, in part thanks to the ramshackle slacker charm of their lo-fi tunes.  Calls for audience participation at a London indie show initially raise eyebrows, but before long the stereotypically stuffy citizens of the capital are shouting “EGGS!” on command, tonguing the eye sockets of Burt Reynolds headshots and joining a rousing knees-up chorus of MNII’s closing number ‘In The Best Case Scenario We’d Die At The Same Time’.

Part-way through they’re joined by Burning Hell frontman Mathias Kom, who narrates Quiet Marauder’s frankly bonkers 30 track concept album The Crack & What It Meant, which chronicles the discovery of a crack in space and time in rural Kent, and these tracks are amongst the highlights of the set. 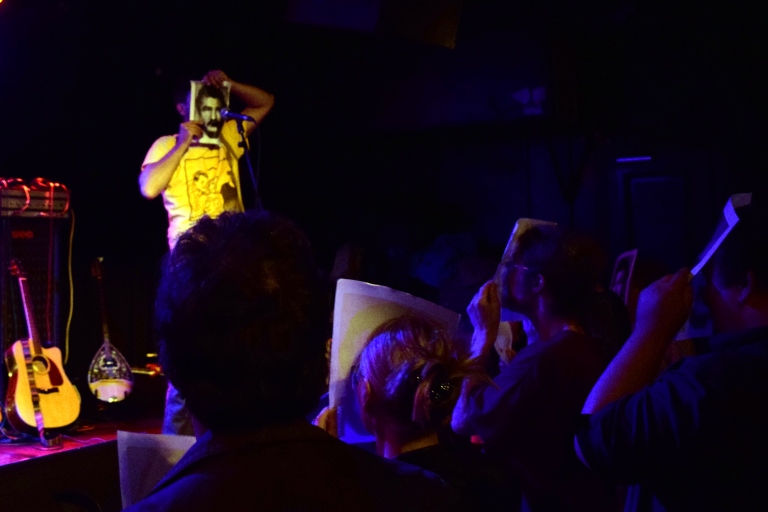 The opening duo are in extremely good company – The Burning Hell have been weaving wordplay and witticisms into their warm guitar pop tunes for over a decade.  The trick, it seems, is not to write a ‘comedy track’ but to gently fold in the humour to songs of immense heart and intelligence.  Yes, new single ‘Nigel The Gannet’ might be about a romantic affair between a seabird and a concrete replica, but it’s also about confounding expectations, the difference between loneliness and being alone and the follies of modern science and is backed up by a banging lo-fi synth pop tune.

They’re not afraid to break from the standard guitar/bass/drums/occasional keys format either, with bass clarinet, bouzouki and some unidentified form of tiny guitar amongst their musical arsenal.  Just as with the humour these never seem shoe-horned in or added for novelty value, and it seems inconceivable that these songs could have been written with any other instrumentation in mind.

Despite having made the three and a half thousand mile journey from Ontario to London there’s a homely, community vibe at the show.  The Burning Hell are amongst friends, and the easy dialogue between the band and crowd makes what would already have been a great show just that little more special – as the crowd sing and swirl to the off-beat waltz of ‘Fuck The Government, I Love You’, it’s impossible not to get caught up.  By the time we get to ‘It Happens In Florida’, with Ariel Sharratt taking the mic as Kom’s vocal chords are shot, every voice in the room is intoning “Loooooove” and meaning every elongated vowel of it. 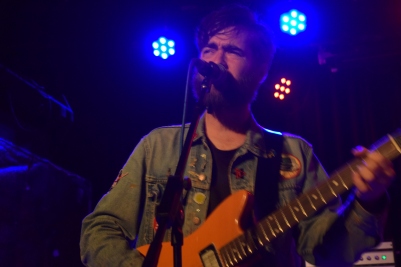 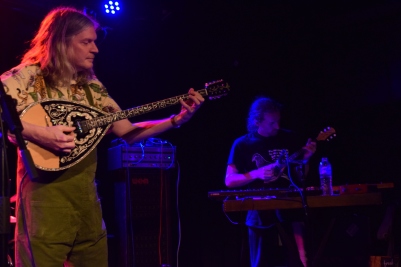 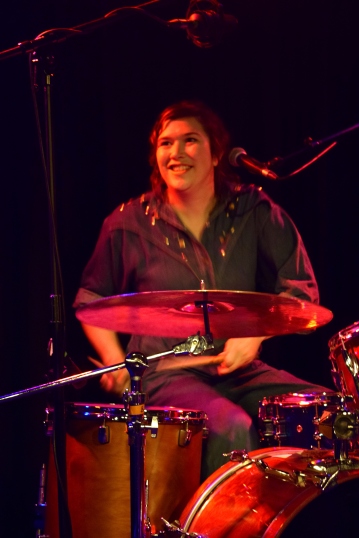 The Burning Hell are a band that hit you first in the heart, then the head, then the funny bone.  Most bands would be happy with just grazing one of the three. 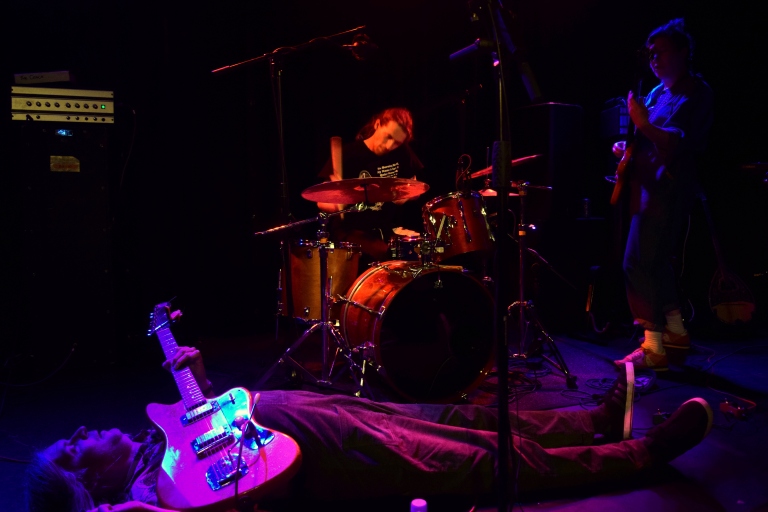 Review and photography by Paul Maps

2 thoughts on “Live Review: The Burning Hell + Quiet Marauder & My Name Is Ian at The Lexington, Islington”