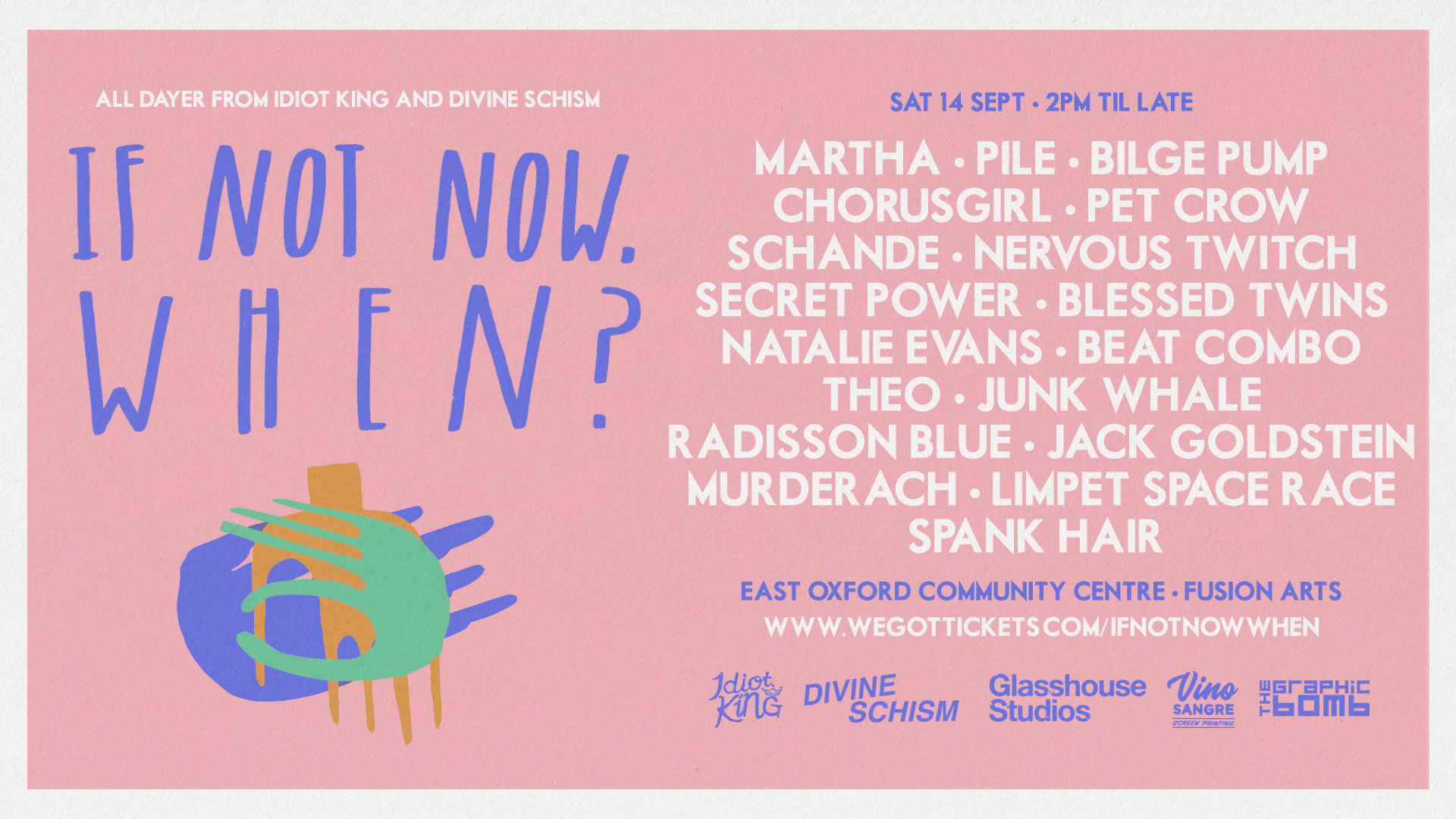 Today comes the second announcement that the lineup will also include the brilliant and unmissable Schande, indie rock quartet Pile, hailing all the way from Massachusetts, the super fun twinkly emo of Spank Hair, the charming folk pop of Radisson Blue, Beat Combo (formerly Pre-Birds), beautifully out in space, the quirky pop of Jack Goldstein and the sweet experimental pop of Limpet Space Race.

Durham’s punk sweethearts Martha swept the dance floors and everyone’s house parties with their blazing Courting Strong back in 2014. I don’t recall jumping higher and with greater joy to anything that year than ‘1967, I Miss You and I’m Lonely’ and this year they’re back with their third heart-stealer of an album Love Keeps Kicking, to which no doubt we’ll all be happily jumping on the 14th. Chorusgirl, the brainchild of Silvi Wersing, are back with their second album Shimmer and Spin, filled with pop wonders and shimmering melodies building on fuzzy guitars and swaying jangle sound. Nervous Twitch have been rioting for a while with their brilliant mix of garage pop, punk and rock’n’roll. Schande, announced today, are a complex creative creature of their own, spanning influences, a myriad of collaborations, genres, cities and stories.

If Not Now, When?, brilliantly capturing the romance and adventure of DIY indie pop in its name, is in its third year with Divine Schism & Idiot King very excitingly firmly established on the Oxford DIY scene, putting on the best bands in DIY with the absolute biggest heart. With the blinding line-up dipping in and out of all genres and influences, it’s going to be an absolute treat with even more bands still to be announced in July. Stay tuned!

If Not Now, When takes places at East Oxford Community Centre and Fusion Arts, Oxford on Saturday 14th September.  For more information and tickets visit facebook.com/ifnotnowhenoxford